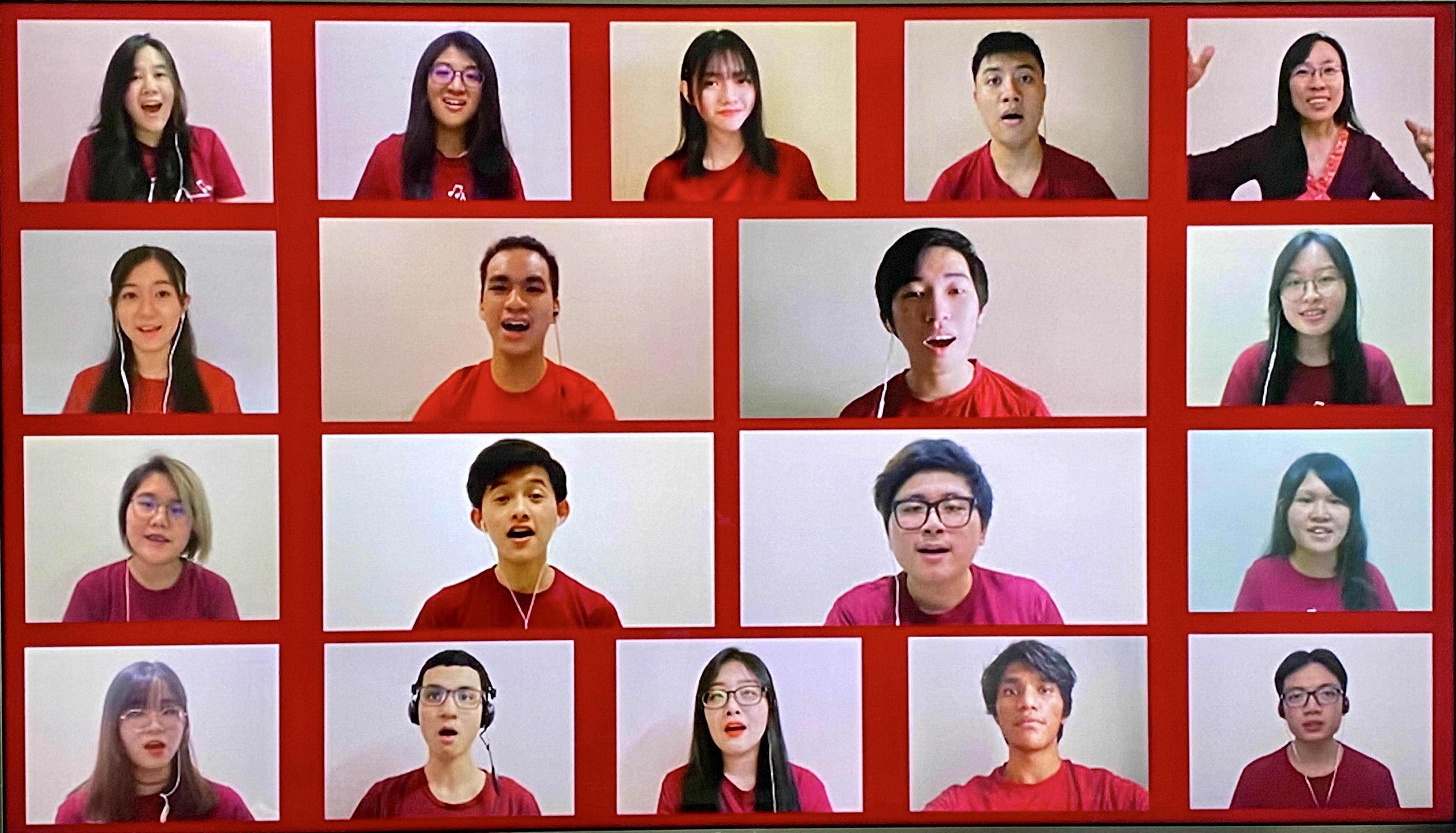 The Certificates of Award for the “Audience Choice Award” and the “Open Category Champion” wins.

After having won many awards in the past, TAR UC Choir – Voichestra, appears in the limelight again to win its first ever virtual choir competition. This time round, TAR UC Choir won two awards, namely the “Audience Choice Award” and the Champion in Open Category in the Young Choral Academy (‘YCA’) Virtual Choir Competition. The song chosen was entitled “Paddy Fragrance”, popularised by Jay Chou in 2008, which suited the theme of the competition, “Together as One”.

In preparation for the competition, the Choir was led by its advisor cum conductor, Ms Ang Yaw Feng, a Senior Lecturer of the Faculty of Communication and Creative Industries (‘FCCI’), TAR UC. “Since April, during the Movement Control Order (‘MCO’) period, I proposed to TAR UC Choir to produce a virtual choir video for the possibility of participating in a virtual choir competition. Coincidentally, In the midst of preparing our selected song, I received a surprise email from the YCA that they were organising a competition with the aim of encouraging more choirs to create music together as a community, in addition to keeping choral singing alive whilst adhering to the Standard Operating Procedure (‘SOP’) during the pandemic” enthused Ms Ang.

“Since we were already in the midst of recording a virtual choir video, I immediately seized the opportunity and suggested to the choir group to participate in the competition. All the selected choir members spent about 3 weeks to practice and record the audio and video separately. Since we could not meet, I told every singer to practice the song themselves using the metronome at a fixed tempo. Then, each of them recorded their audio and video when they were ready to sing and saved it into the shared Google drive,” said Ms Ang.

When asked about the challenges they faced in the competition, Ms Ang was quick to point out the fact that because they were not experts in audio editing and video editing, that posed the biggest challenge. “Luckily, I have learnt the basics of audio editing before using Audacity and Yap Nee Che, the choir President, is from the Bachelor of Communication (Hons) in Broadcasting programme. She knows some basic application of Adobe Premiere. So, both of us took charge of the audio and video editing respectively for this virtual choir video, while I also advised on the video production from time to time,” replied Ms Ang.

“These 2 recent wins add up to a total of 16 awards in national and international competitions that we have competed in for the past 16 years since TAR UC Choir was formed in 2004. This was the first time that we participated in a virtual choir competition where we had to sing virtually instead of singing on stage. It is also our first participation in an “Audience Choice Award” where our video was uploaded onto YouTube for audience to “Like”. This win was possible thanks to the support given by all parties including TAR UC management, staff, students and alumni,” Ms Ang added.