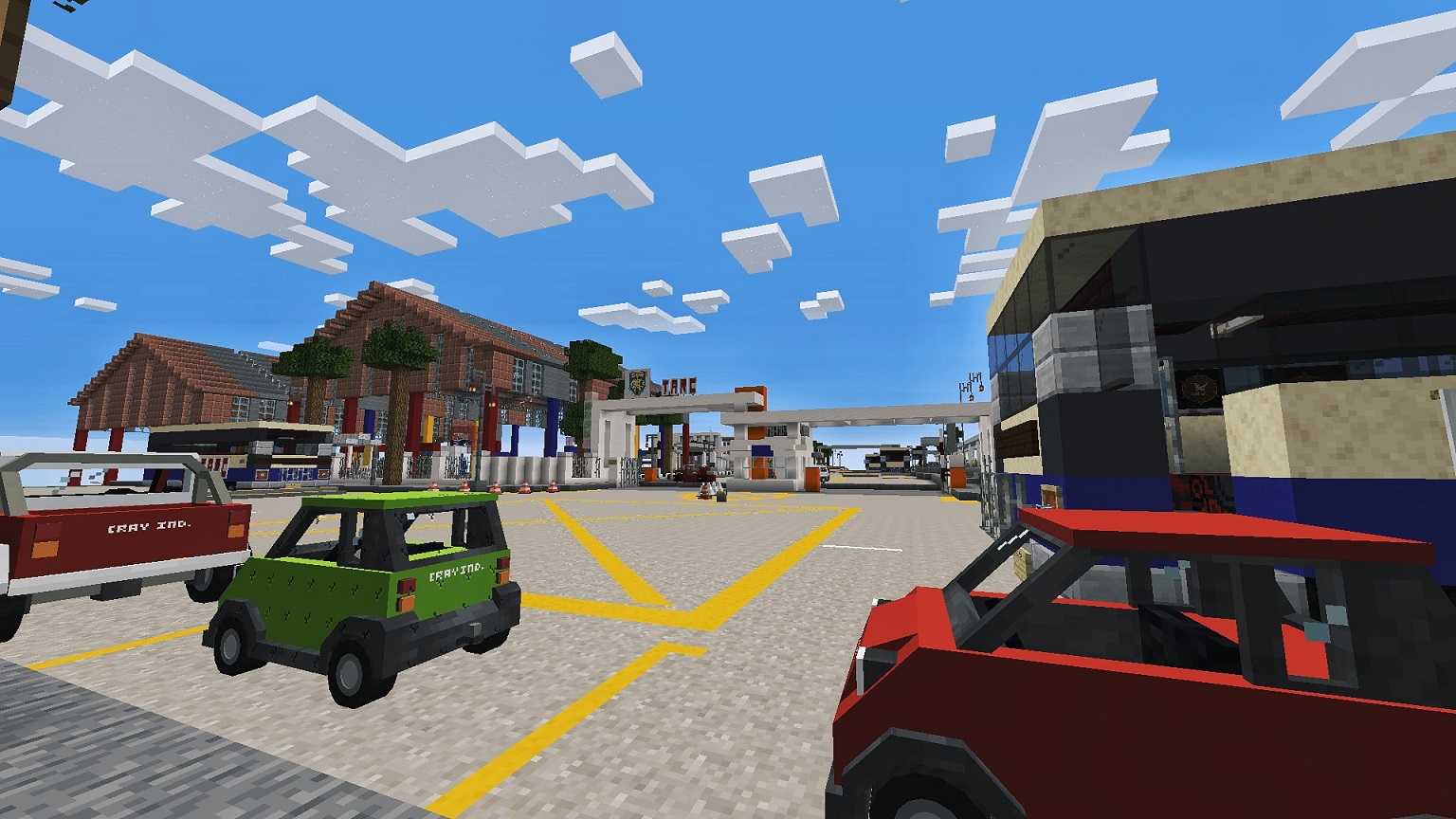 A replica of the front facade of TAR UC Kuala Lumpur Main Campus. 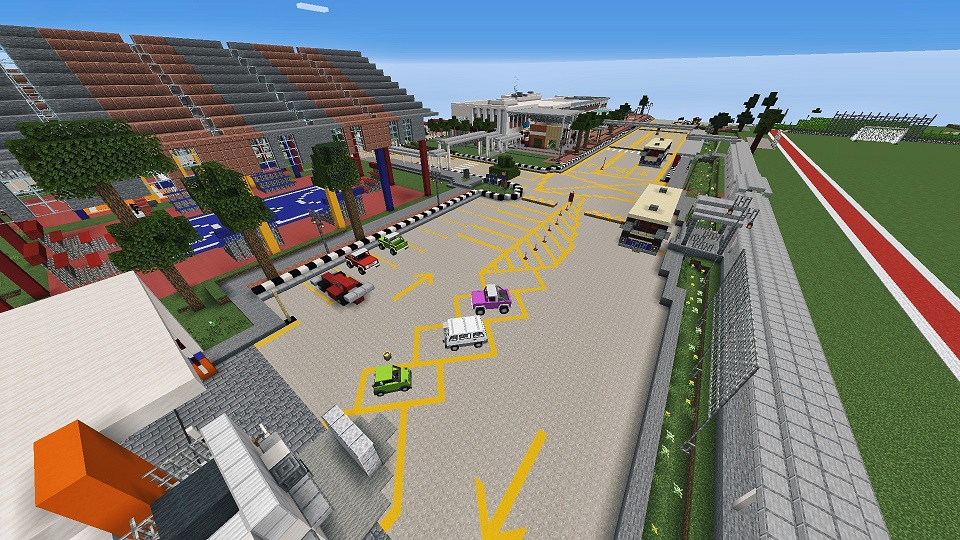 An aerial view of the inside of the campus starting from the Main Gate. 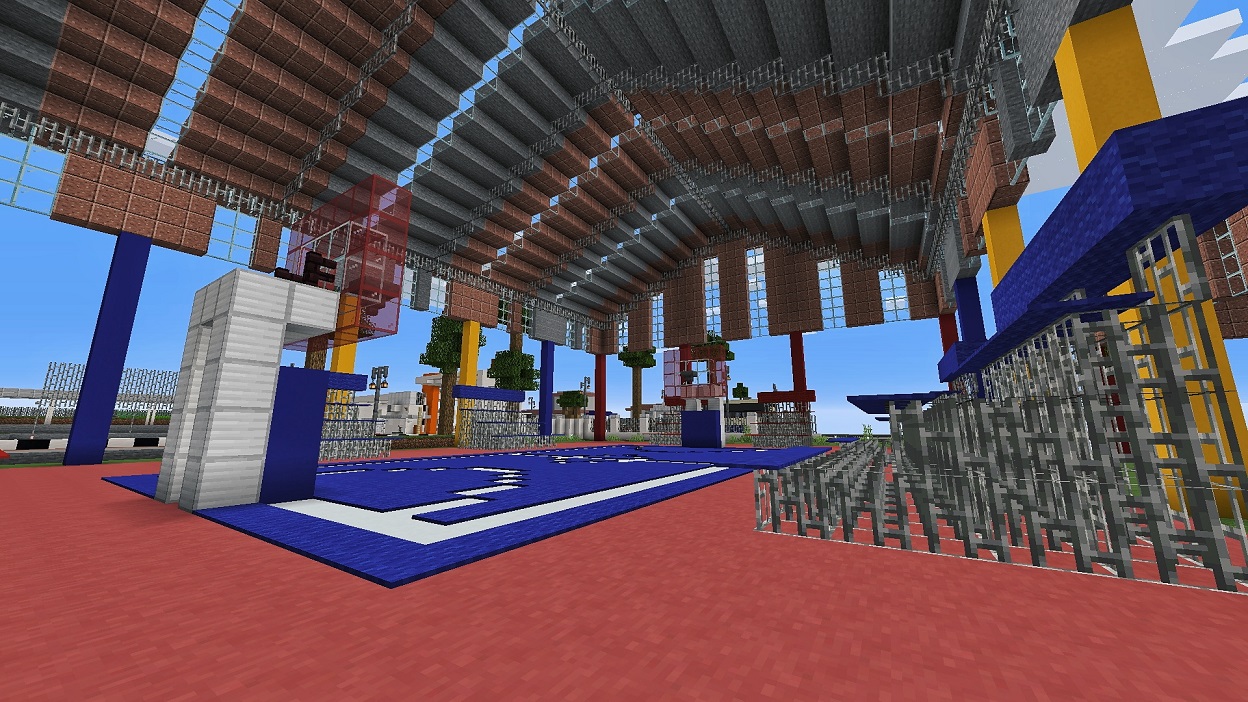 The sheltered basketball court near the entrance of the Main Gate. 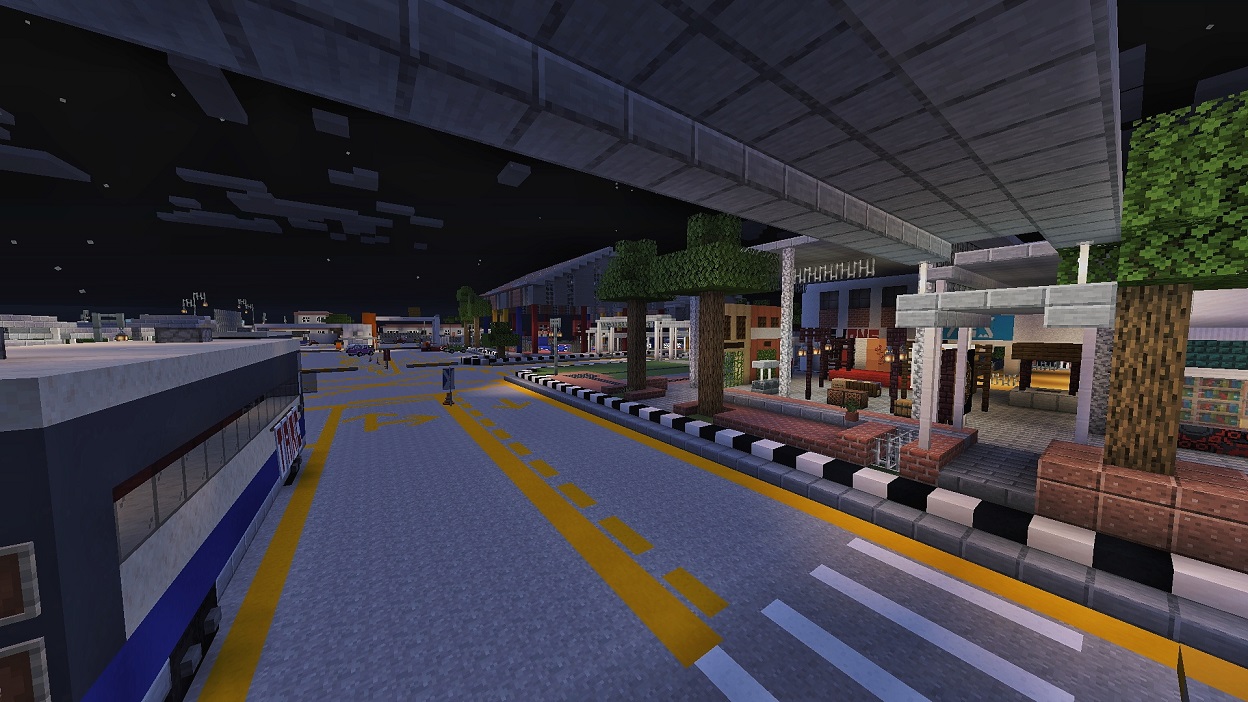 A night view of the road adjacent to Canteen 2 or Yum Yum Cafeteria.

A group of TAR UC students from the Shen Ma Dynamic Dancing Class of the Chinese Language Society built a replica of TAR UC Campus in Minecraft, a popular video game by Mojang Studios. They were inspired to come up with this idea as they wanted to show how the campus looks like to new students, as well as existing students who miss the campus during the lockdown.

Minecraft is often described as a ‘sandbox game’. This means that it’s a virtual land where users can create their own worlds and experiences, using building blocks, resources discovered on the site and their own creativity.

The President of the Chinese Language Society, Wong Jien Yang, had much to say about the work that went into producing the video. “It all started back on 10 April 2020. It took 2 months for us to successfully build about 30% of the surface area of the entire TAR UC Kuala Lumpur Main Campus, starting from the Main Gate.” When asked if the other parts of TAR UC would also be covered, he replied: “Yes, there will be more episodes to come which will cover more places in TAR UC campus. We will build more areas so that we can present a complete picture of the campus to all.”

“The project started off with 5 active members and eventually grew to 14 members,” he added. “The journey in modifying the server was the greatest challenge. The internet port forwarding and mods installation had to be done correctly for the members to join the server. The main tools used were Google map functions, which included the satellite view and street view, used to estimate the scale as well as the relative distance of each structure. Besides that, we relied on our memory as well as photos taken on campus to create a replica of TAR UC that is as close as possible to reality. The process might have taken a lot of time, but by communicating with one another, we had fun working together to recreate the places that were filled with memories of our university college life,” he said.

As for the challenges, Jien Yang mentioned that they faced connectivity problems, as some members have poor internet connection. They also faced device problems due to the fact that their personal devices are not compatible with the video game. The emcee in the video also faced mic problems. And the lack of funds meant that they were unable to purchase good applications and tools to produce a higher quality video.

But despite all the challenges, they were happy with the outcome. “We would like to let our audience know that even when we are apart and restricted from entering our ‘school’, we can still be united in achieving great things and fully use our extra time during this uncertain period,” said Jien Yang.