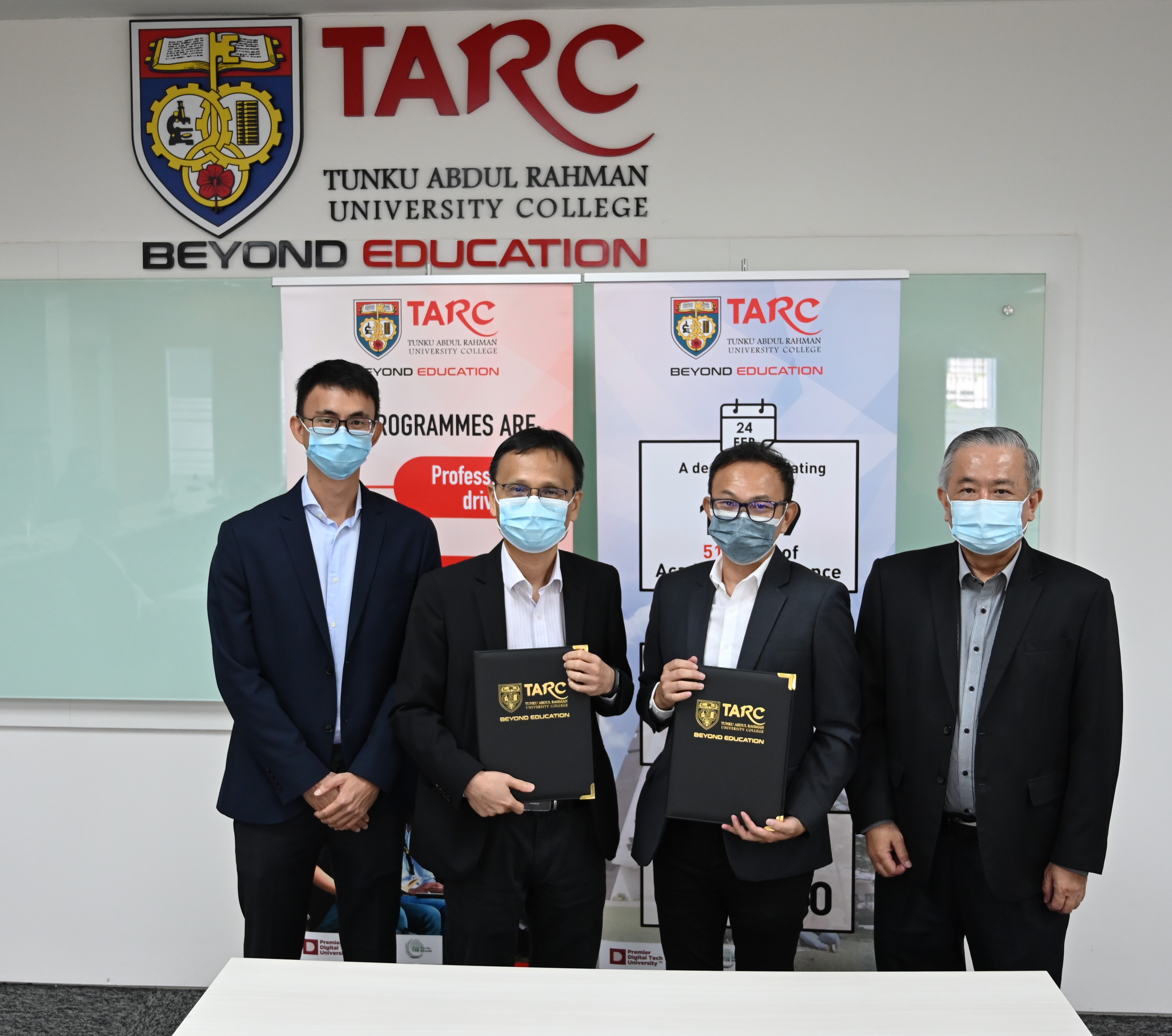 This agreement paves the way for collaborations between both parties in entrepreneurial endeavours which cover multiple TAR UC faculties.

With the aim of providing students with education that extends beyond the classroom, TAR UC had signed a Memorandum of Agreement (‘MoA’) with Beyond Alpha Sdn Bhd, on 19 April 2021.

The agreement between TAR UC and Beyond Alpha paves the way for collaborations between both parties in entrepreneurial endeavours which cover multiple TAR UC faculties. The agreement was signed by Prof Ir Dr Lee Sze Wei, President of TAR UC and Mr Anderson Chua Oou Chuan, Chief Executive Officer of Beyond Alpha.

“Over the years, TAR UC has produced many successful graduates and alumni that have made a name for themselves. Moving forward, we have to ensure that we continue to play our role and remain highly relevant to the industry players,” said Prof Ir Dr Lee in his opening speech.

“In recent years, we have started to embark on what can be seen as our future direction – which is going beyond education. Our ultimate goal is to ensure that our graduates can contribute to the nation’s development.”

During his speech, Mr Anderson Chua delved into the company’s background and highlighted more on the areas of collaboration. “We believe that through this collaboration, there are many values that we can drive together in the long run and ultimately benefit both lecturers and students as well as exposing them first hand to the skills and knowledge in the Fintech industry. I also believe that this collaboration will be a driving force contributing towards Malaysia in becoming a high-income nation by 2030.”

MoU with Film Edge Aims to Give Students an Edge