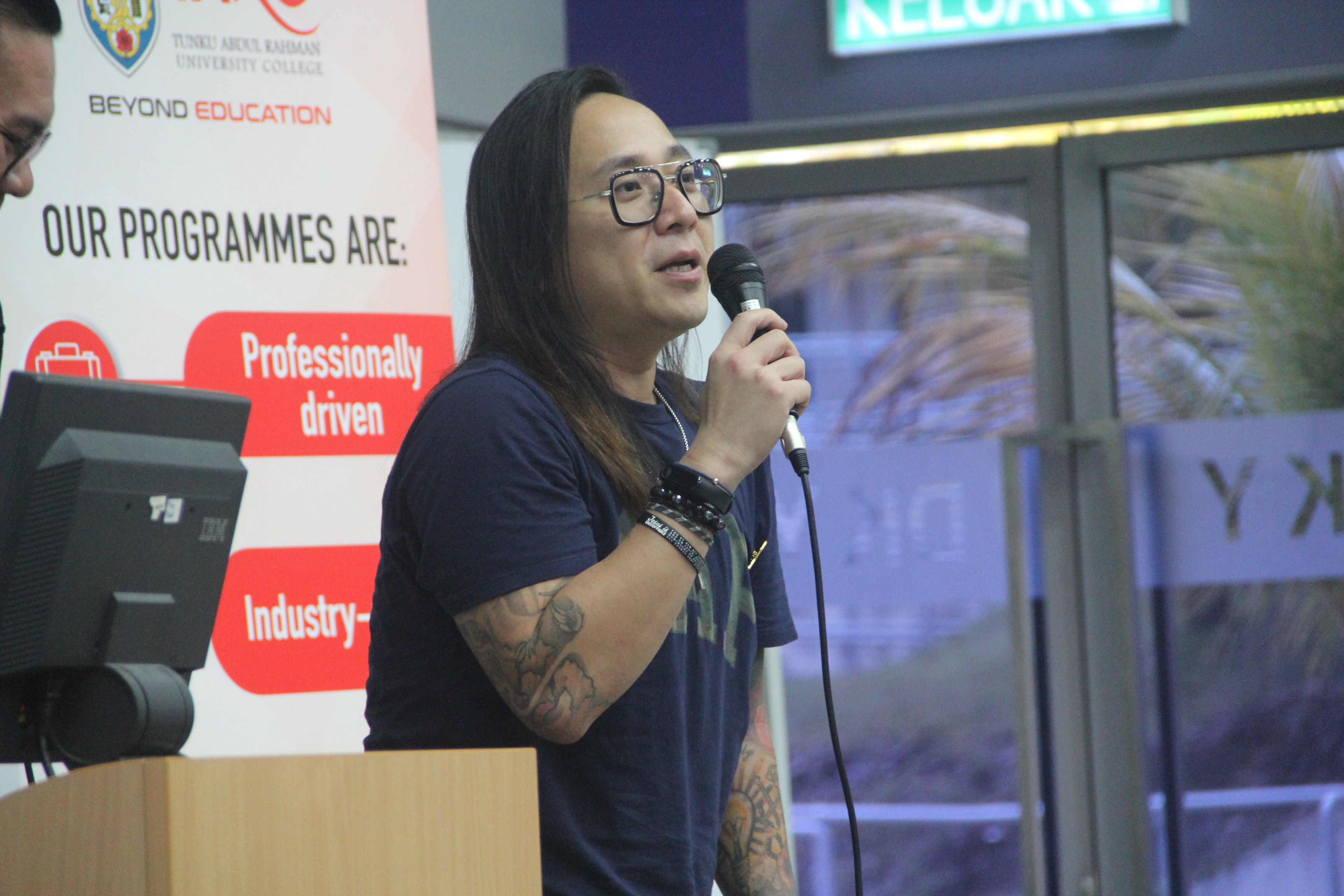 Mr Mark Lee talking about how he was inspired to produce the film ‘At Rainbow’s End 2’. 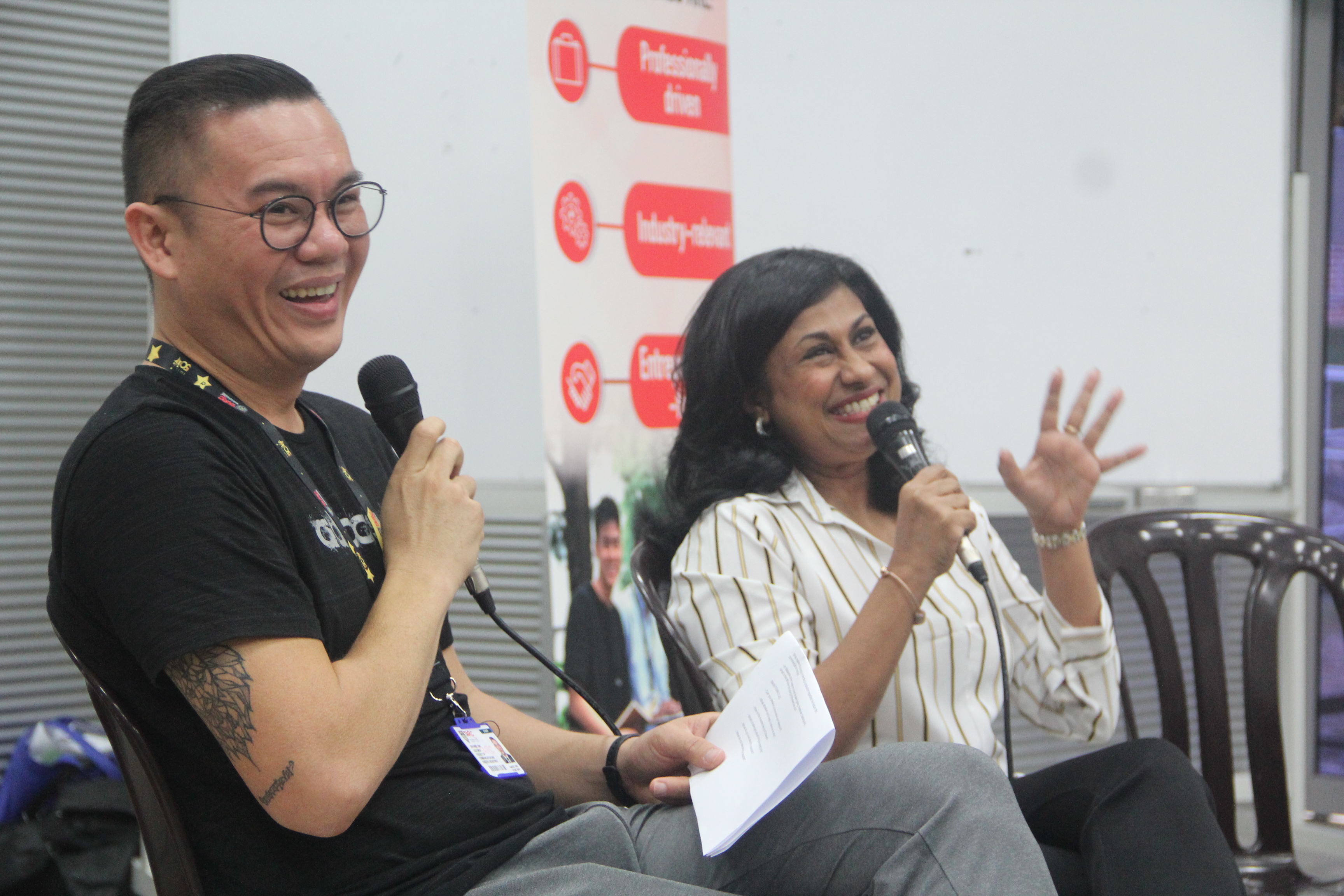 Ms Sharmini Ramesh (right) explaining how different she is in character from ‘Angela’, the caretaker of the foster home. With her is Mr Wayne Ooi Swee Yaw, the moderator and lecturer from the Department of Communication, Faculty of Communication and Creative Industries (‘FCCI’). 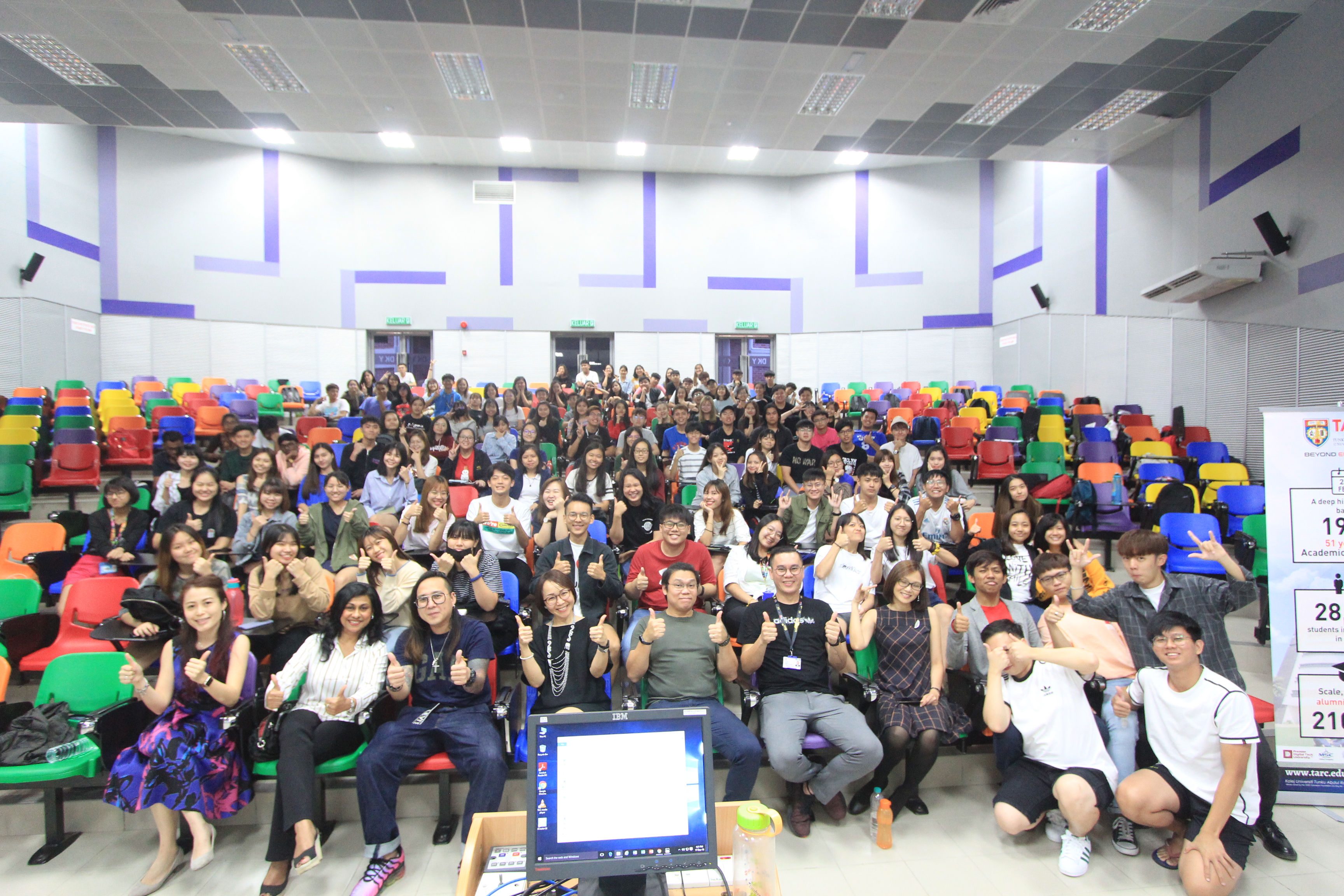 A group photo of all who attend the talk.

Mr Mark Lee, the director of a locally produced film ‘At Rainbow’s End 2’, together with Ms Sharmini Ramesh, the main character of the film and Ms Mandy Yap, the film producer, gave an insightful talk about the process of making At Rainbow’s End 2 on 17 December 2019 at DKY.

The objective of the talk was to enlighten students through the sharing of knowledge in film-making and to bridge the gap between classroom learning and real-world industry practices. It also helped to create interest among students about the film industry and to encourage their passion and develop skills in film-making.

At Rainbow’s End 2, which premiered on 2 January 2020, is a story about 7 kids living with HIV fighting for their identities and rights to formal education. The film is made as a documentary and shown in cinemas nationwide. This sequel to 2017's A Rainbow's End tells the true story of the youths, aged from 8 to 16 years old, who live at  a foster home  in Malaysia. Due to the social stigma attached to HIV, these children are abandoned, abused and shamed despite suffering from the illness through no fault of their own. The movie aims to highlight their rights to receive a proper formal education and to educate the masses that their future lies in everyone's hands.

When asked how the main character of the film came into being, Ms Sharmini said: “We took a field trip to the home to get to know the caretaker. We became friends and had a warm relationship. That visit made me understand the plight of the kids and it helped me adopt Angela’s character at the pre-production stage. It made it a bit easier. I managed to emulate Angela right down to her hairdo and wardrobe,” she shared.

Mr Mark Lee shared his experiences in making the film. “It took me one and a half years to get to know the kids before producing the film. They shied away at first but later warmed up to me. Everything from pre-production to post-production required a lot of hard work, but when you see the final product and how the actors worked through it, it is truly rewarding. Be persistent, fail better next time. Someone who hasn’t failed before, hasn’t tried,” he said.