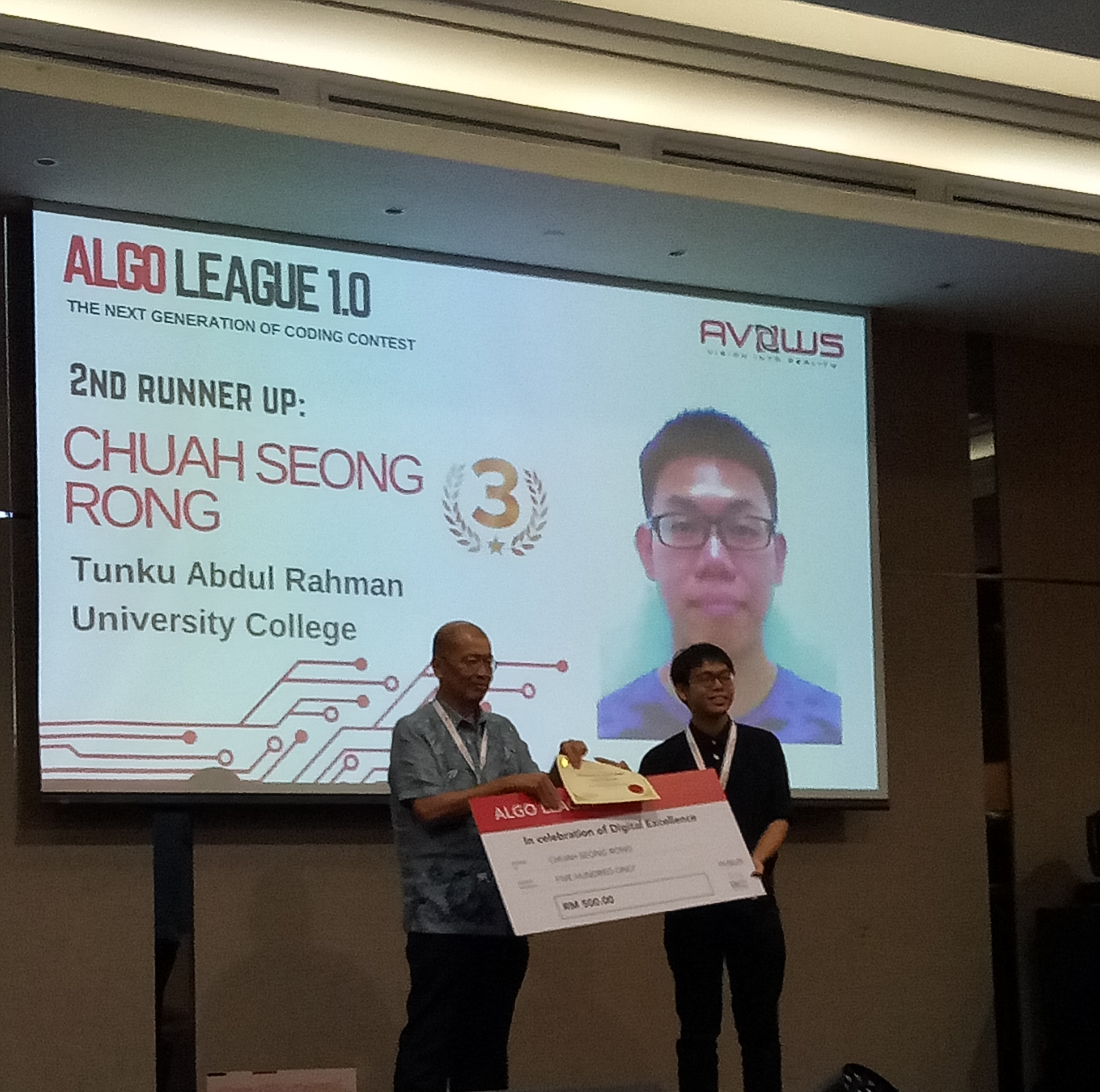 TAR UC Bachelor of Computer Science (Hons) in Software Engineering student Chuah Seong Rong added another feather in his cap by clinching the second runner-up spot in the Algo League 1.0: The Next Generation of Coding Contest for University Students. Seong Rong was previously part of the Champion team at the Battle of Hackers 2019 contest organised by Asia Pacific University.

The Algo League 1.0: The Next Generation of Coding Contest for University Students, which was held over the course of two phases on 22 July 2019 (Phase 1 – Multiple Choice Questions) and 25 July 2019 (Phase 2 – Coding), was organised by Avows Technologies to showcase the coding skills of Malaysian university students.

Phase 1, consisting of 50 multiple choice questions, tested the participants on their technical knowledge, while Phase 2 presented a set of problem statements to the participants, who had to use appropriate programming language to come up with solutions. The top three winners were selected after tallying the combination of points from these two phases. The prize-giving ceremony was held on 20 December 2019, and Seong Rong won a cash prize of RM500.

“I joined this contest as I always have a motivation to do better than what I have achieved previously,” Seong Rong shared the secret of his success. “Having won the third place, I would like to thank my lecturer, Ms Pua Bee Lian, for providing lots of guidance and advice regarding coding to me before the competition, enabling me to be better prepared for it.”

He had some words of wisdom for those who want to follow in his footsteps. “Don’t hesitate to join competitions like this, for you’ll never know how well you can perform until you push yourself to the limit.”